A Quantum Change for Darren

A Quantum Change for Darren

Darren Noonan had been waiting seven months for a new wheelchair, but had been unable to secure funding. Darren has Spina Bifida and needs regular kidney dialysis – his old wheelchair was literally falling apart and his life became limited to time spent going from his bed to the couch and back again. Darren needed a new power chair as his current one was outdated. Darren’s mother, Kathleen explained their circumstances on RTE Radio One’s Liveline with Joe Duffy. Darren also joined her on air to outline his concerns about his exisiting chair  ” I slip down and I’m not very happy because I can’t sit up straight. Its been a really long wait”

The Noonan family have a specially adapted mobile home in the seaside town of Ballybunion in Kerry to fit Darren’s needs. However, the home needs a hoist, as the family currently have no way of getting Darren in and out of bed. “We have no way of getting him in and out of bed. We spent 33 years having not a worry in the world but it has all come together now. His bones are brittle and we’re frightened that something might happen,” she said

By the end of the Liveline programme, Joe Duffy confirmed that RTE had received calls from two anonymous donors who wished to pay for Darren’s new wheelchair and set the plan in motion, contacting MMS Medical to provide the new chair. Our Senior Product Specialist, Kieran Browne, joined the on air conversation and confirmed that he would carry out the assessment that week and arrange delivery of a new chair to Darren as soon as possible.

Kieran Browne met with the family in Limerick and carried out Darren’s full assessment. It was clear he needed a more suitable power chair to meet his needs. Taking into account the problems he had with his existing chair and his daily routine, Kieran knew that the Quantum power chair with iLevel technology would meet his requirements.  Kieran places an order for the new Quantum chair. 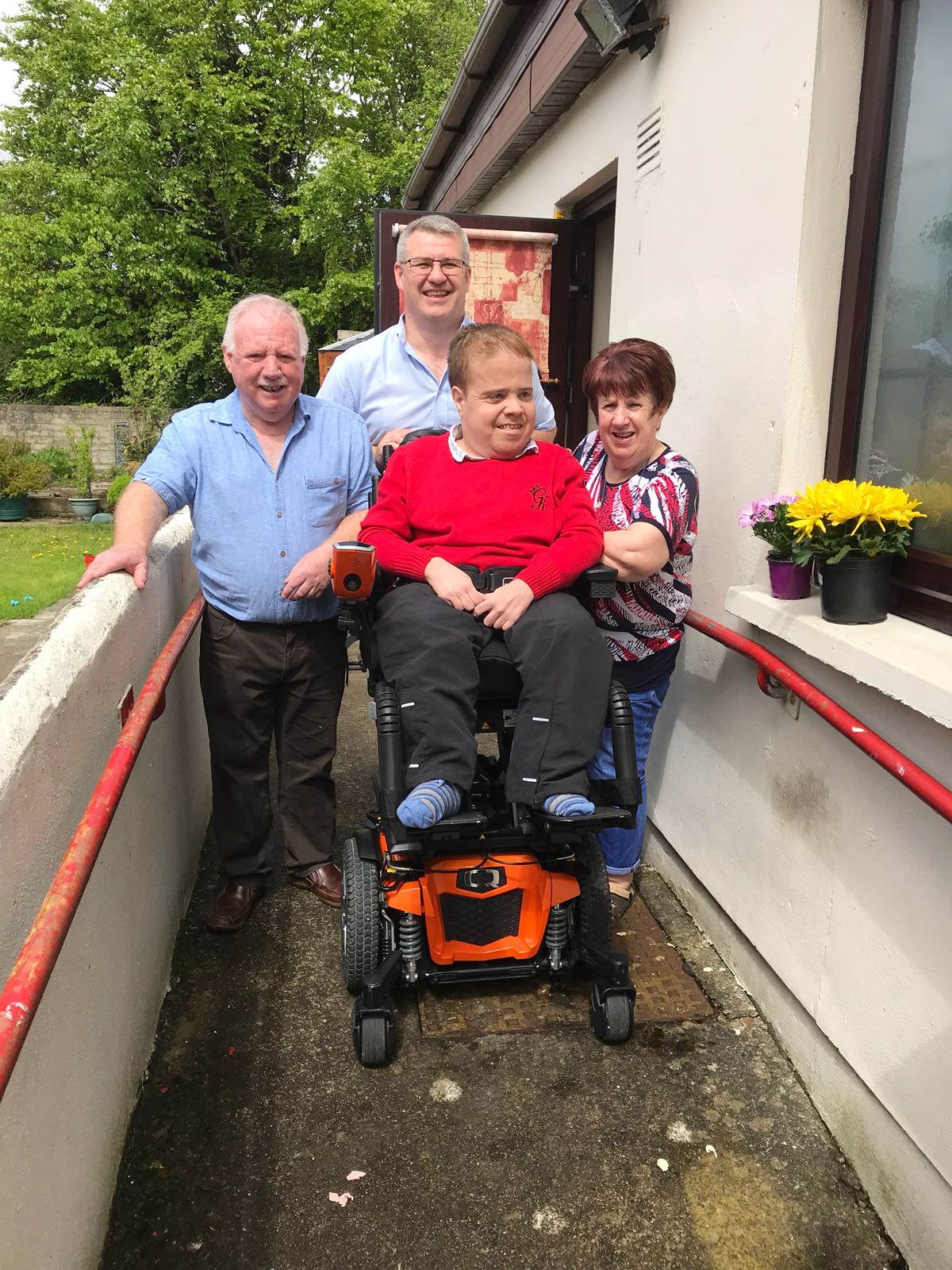 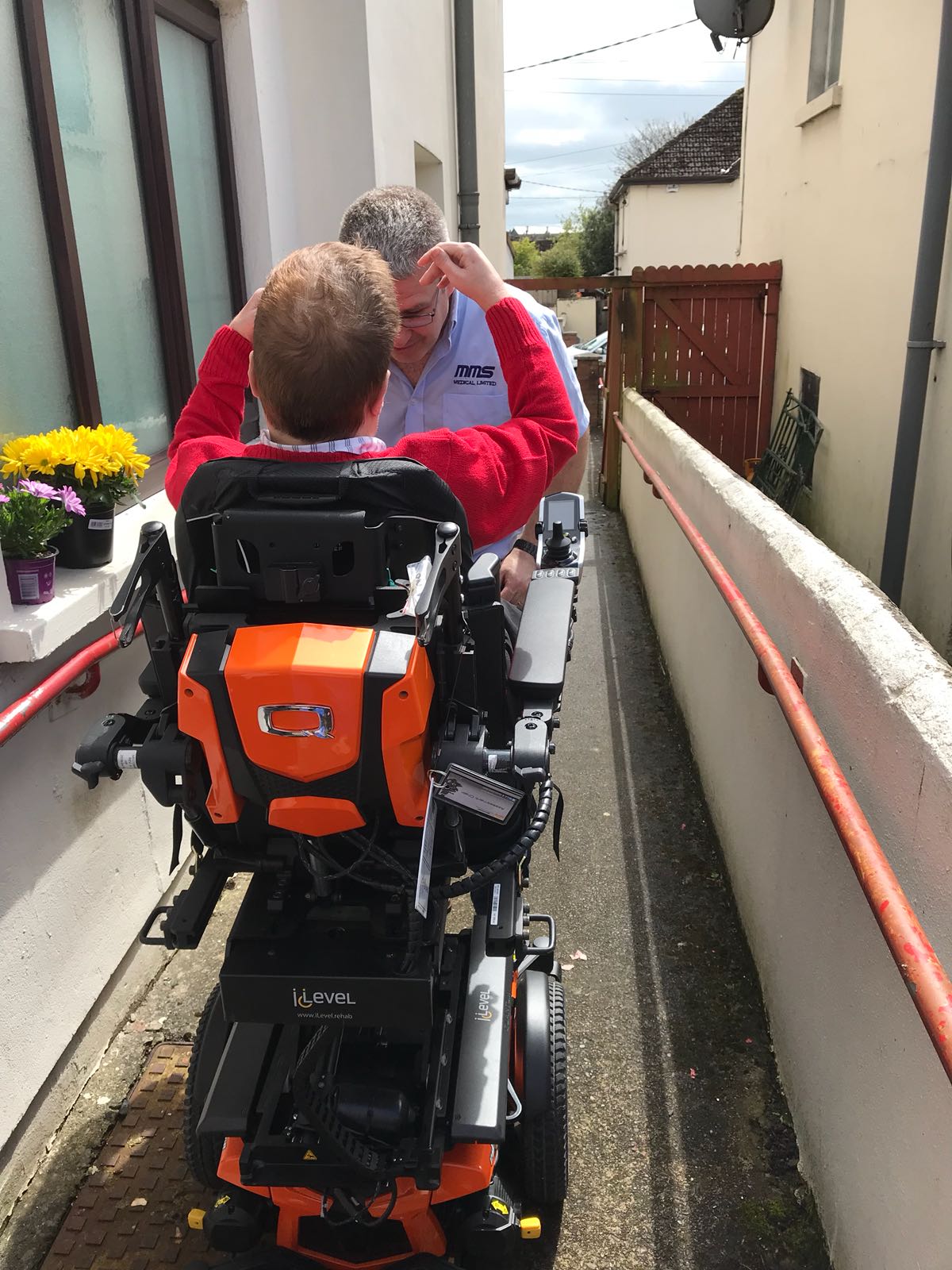 Within days, Kieran was back on the road to Limerick to deliver Darrens’ new Quantum power chair. Darren was thrilled with his stylish orange crush shroud and built in iLevel technology. “Everything is easier now “ commented Darren “ I am thrilled with my new chair and thanks to all involved in making this happen “

Darren has now been using his Quantum powerchair for a couple of months and says it has made a huge difference to his life. Getting out and about is more fun, transfers have been made easier and the comfort is great.  He also been able to travel back to the family mobile home in Ballybunion.

See the Quantum Range of Powerchairs or for further information call us on 021 4618000 or email info@mmsmedical.ie